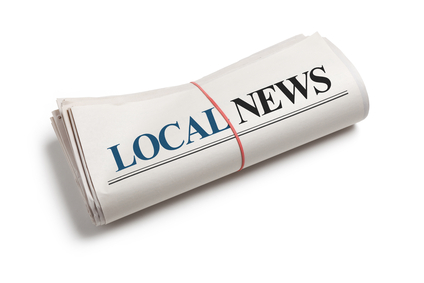 Jon Jorgenson has lost his dark green fishing jacket. He says that he’s worn it every time he’s been out on the boat for the last twenty years and it’s become kind of a good luck charm. He’s offering ten dollars to whoever finds the lucky jacket. He thinks it might be somewhere between the Barber Shop and the Perfectly Pie shop.

Mia Jorgenson is offering twenty-five dollars to whoever finds the jacket and doesn’t give “that old rag” back to her husband. She assures discretion so that her husband will never find out. “Burn it or bury it and I’ll get the money to you!”

Maggie and Clayton Swenson are celebrating their fortieth wedding anniversary and the success of Clayton’s triple by-pass surgery with a beer battered fish fry and fried chicken dinner at the VFW on Saturday night. “Might as well kill two birds with one stone,” says Ms. Swenson. Everyone is invited! A congratulatory dish of potato skins or cheesecake will be appreciated.

Pucker problem? Misplaced part of your mandible? Is there a change in your chops?  A pair of teeth was found at the Last Saving Grace Church potluck on Sunday. Have you noticed anyone with no teeth who can only gum their food? If so, call Joyce at the church. She said she cleaned them up and they are in a little baggie in the lost and found box. Person must come in and try them on.

Our local Dance Troupe the “Twirling Tutu’s” has issued a formal apology for anyone that contracted food poisoning from their bake sale. The fundraiser covered the cost of the group going to the Regional Championship Competition.

Unfortunately, the dance troupe’s performance didn’t win a ribbon. The instructor blames the girls passing out and falling over during their dance routine due to dizziness and dehydration from severe vomiting. It was announced that next year, they’ll be selling gift wrap.